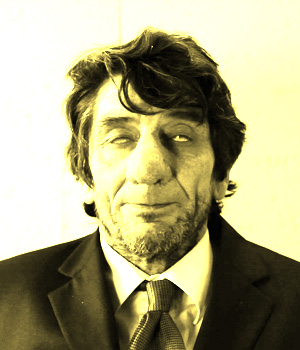 As men expel living rabbits, meat and light bulbs, they appear more than anything else to be embarrassed by their lack of control. Their comically over-sized noses and painted toenails appear incongruous with their business suits and their body hair. The scraping of nails against the floor, the loud sneezes and the thud of each rabbit or chunk of meat as it lands on the table echo in the viewers’ body with every repetition. Trapped in a cycle of compulsion, the men’s struggle with the physical force and lack of control over their bodies is contagious.


Born in Bueons Aires in 1976, Mika Rottenberg grew up in Tel Aviv. Today, the artist lives and works in New York. Her elaborate visual narratives draw on cinematic and sculptural traditions to forge a new language – one that uses cause and effect structures to explore seemingly unrelated themes such as interpersonal relationships, labor and globalization.